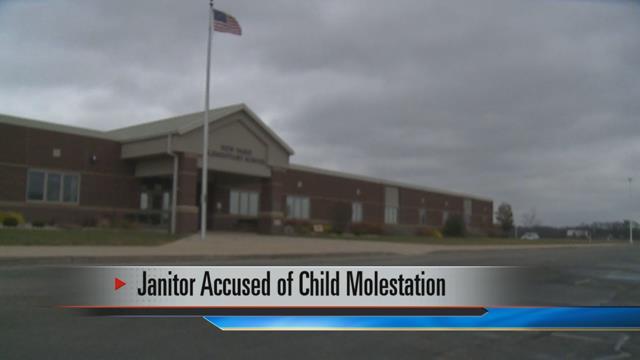 Parents and former students are speaking out about the recent arrest of a Fairfield Community Schools employee.

Many parents say that the allegations against Powers are shocking.

“I never expected anything like this,” said Sheri Taylor, mother of New Paris Elementary student.

Taylor’s two daughters attended New Paris Elementary. Her oldest daughter Shelby Gray interacted with Powers when she would drop her little sister off at school.

“I was really shocked and I didn’t think he could do something like that. My sister started kindergarten last year and I would walk her in and he would always be in the office and he would joke around with her, always make her laugh, and say he was keeping an eye on her and say that he’d make sure that she would behave,” said Gray.

“I realize he deserves a trial but I really feel better knowing that he’s not going to be around our children. It gives me confidence in the school that they’re dealing with it appropriately and quickly,” said Emily Accoe, parent of New Paris Elementary student.

The district also sent home a letter with students on Wednesday alerting them to the situation.

“It’s pretty upsetting knowing that he was around our children but I’m pretty glad that the school dealt with it quickly and they let everyone know right away and that they didn’t really take any chances they’re going to go ahead and let him go,” said Accoe.

“What they did was the best. As soon as they heard about it he was terminated, that’s what needed to be done,” said Taylor.

Powers is currently being held in the Elkhart County Jail on a $250,000 bond.

Formal charges from the Prosecutor’s Office are expected soon.