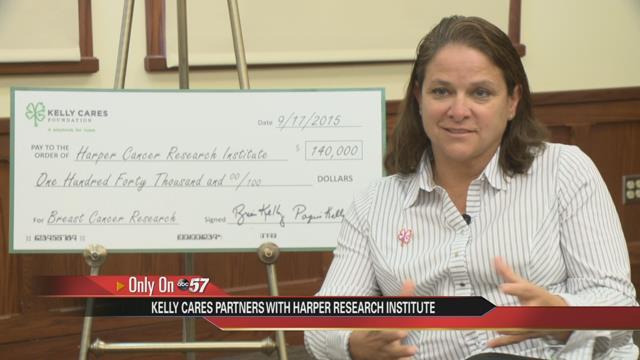 The announcement was made during a press conference held at Harper Cancer Research Institute, where two checks were handed to the Institute to help with cancer research.

This new partnership will be for groundbreaking and cutting-edge research on advanced breast cancer detection.

“I think all of us working together, we’re going to beat this thing,” said Paqui Kelly, founder of Kelly Cares Foundation.

ABC 57 is a sponsor of the race and will have a team running in the race. Colleen Bormann will be the emcee for the event as well.