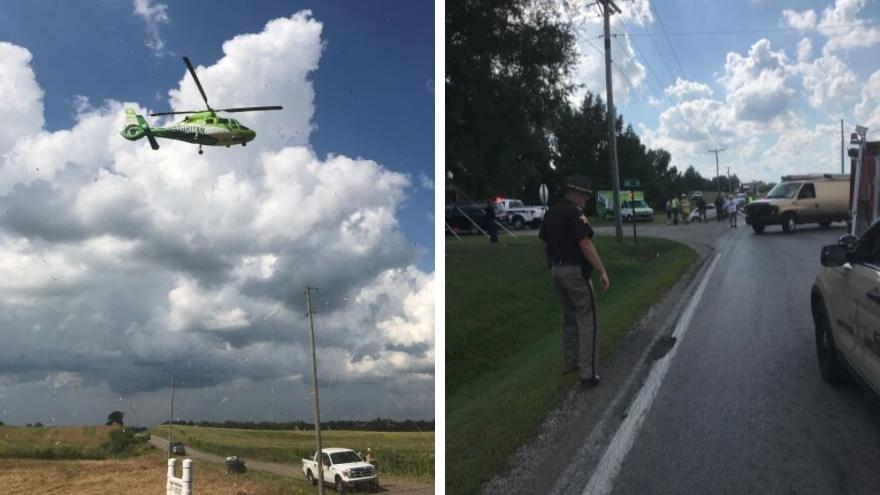 Officials were sent to S.R. 14 and C.R. 600 W. around 4 p.m. Wednesday for reports of a crash involving two vehicles.

Preliminary investigation results show that a 2008 Chrysler Sebring, driven by Anthony Collins, 22, of Silver Lake, was traveling southbound on C.R. 600 W. when it began to cross the S.R. 14 intersection, into the path of a 2010 Jeep Wrangler driven by a 47-year-old man from Akron.

Police say the front end of the Chrysler struck the Jeep’s passenger side, which caused both vehicles to leave the southwest corner of the intersection.

Collins and his backseat passenger, Rita Collins, 56, of Mentone, both complained of pain to the entire body and were transported by ambulance to a local hospital.

Collins’ front seat passenger, 23-year-old Austin Collins of Mentone suffered a head injury in the crash and was airlifted to a hospital for treatment.

As of 7 p.m. on Wednesday evening, Austin was listed as being in critical condition.

The driver of the Jeep did not report any injuries.

The crash remains under investigation by the Kosciusko County Sheriff’s Fatal Team.