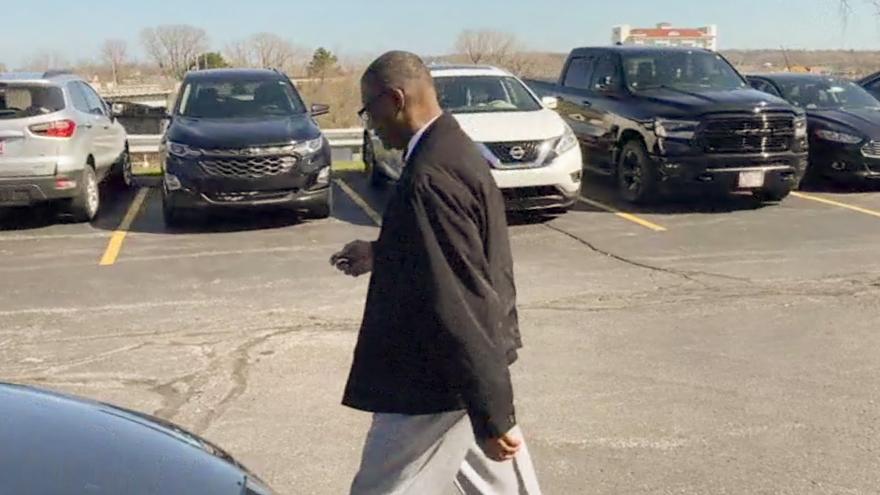 BENTON HARBOR, Mich. -- A pastor who lives in Benton Harbor has been charged with several counts of criminal sexual conduct in separate incidents involving a child victim in 2020 and an adult victim in 2018, according to court records.

In September 2021 a 13-year-old girl was interviewed by police about allegations her pastor touched her inappropriately.

The victim said she went to the Lane’s home to help prepare for a Super Bowl party. She said she and Lane were in the basement when Lane asked her to come sit with him.

She sat on the arm of his chair.

Lane wanted her to sit on his lap, but she didn’t want to, the victim told investigators.

Lane grabbed her, picked her up and put her on his lap, according to the criminal complaint.

She was afraid he was going to touch her and yelled for her sister to come downstairs, reports said.

The victim said she was wearing a skirt at the time Lane touched her thigh.

She then told investigators that earlier that day she was standing near a table of food when Lane touched her backside with his hand, over her clothing, according to the criminal complaint.

While investigating the 13-year-old’s case, police learned there was an adult female who alleged she had been sexually assaulted by Lane in the past.

She told investigators she returned to Benton Harbor in 2017 and Lane helped her get an apartment, provided the money for the security deposit and gave her money for other needs.

Lane required her to give him a key to her apartment, she said.

Sometime in 2018, the victim said she was sleeping on the couch when Lane entered her apartment with his key, unannounced, reports said.

Lane engaged in small talk with her, then began kissing her, then touched her, reports said.

He then had intercourse with her, according to court documents.

Lane told her he had waiting for years to do that and apologized, “I didn’t want to do it like this,” reports said.

The adult victim told investigators there was another time she was in bed asleep when Lane entered her home without her knowledge and went into her bedroom.

When she asked him why he was in her apartment, Lane said, “I just wanted to come over and tuck you in for the night,” reports said.

She said she was okay and he should leave, the victim told police.

Instead he unzipped his pants and had intercourse with her, according to court records.

The victim said she was scared and could not stop him.

When asked if she told him to stop, the victim said she thought something might happen to her because Lane always had a handgun, which he had during both incidents, according to court records.

When police spoke with Lane, he denied the assaults. He said he and the adult victim had a consensual affair.

Lane will be in court on Tuesday.