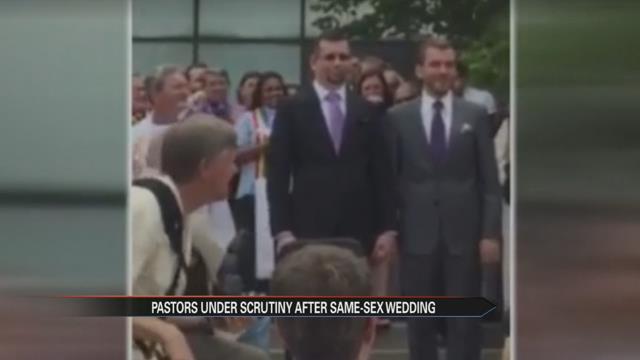 There could be some fallout after a Cassopolis pastor's wedding to his same-sex partner.

Several local pastors could be facing disciplinary action for their involvement.

Reverend Benjamin Hutchinson of the Cassopolis Methodist United Church resigned as senior pastor before marrying his partner at the Cass County courthouse, according to WOOD-TV.

Rev. Michael Tupper of Parchment Methodist United church signed the marriage documents and says he and nine other pastors could be in trouble, according to WOOD TV.

Tupper told WOOD-TV the marriage was in conflict with church teachings.

Now the next step is a meeting with the bishop.

"The bishop then would set up a meeting for us to gather to see if we can work out some type of what's called a just resolution," said Tupper.

Tupper went on to say that he hopes his actions and the actions of the other religious leaders involved are seen as a movement for change.