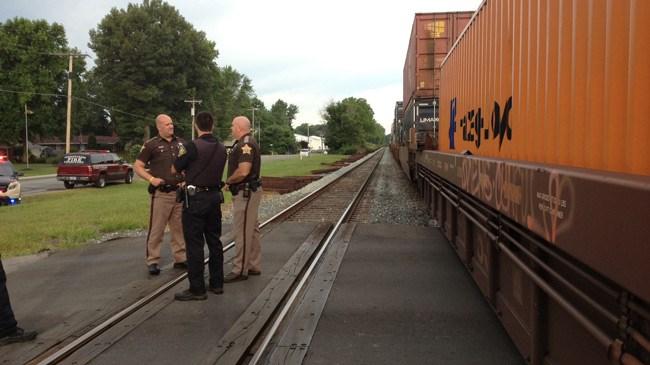 The Kosciusko County Sheriff’s Department is investigating the death of a pedestrian who was struck by a train around 7 a.m. Thursday morning east of Syracuse.

The pedestrian was killed near Warner and Cornelius roads when he was struck by a westbound CSX freight train.

The victim has been identified as 17-year-old Christopher David Prater.

Deputies say Prater was a student at Wawasee High School and would have been a senior this year.

"It is very difficult. We are human too and all of us have children, all the officers that were there and understandably so if it's a youth at this age just to have something like this tragically happen. And our communities are small, we are predominately rural here in Kosciusko so the Syracuse area, you know, we feel for that community as well because it's got to be a difficult time for the family as well as friends in the school system itself," said Hill.

The principal of Wawasee High School says support will be provided to students who knew Prater.

I want to let you know that we unfortunately lost a student this morning in a tragic train accident. Chris Prater would be a senior at Wawasee High School this coming year. We will have counseling services and plans in place for staff and for students on Tuesday; the opening day of school.  Please keep Chris and his family in your thoughts as they cope during this difficult time.

CSX extends its sympathies to all involved in this morning’s tragic accident in Syracuse.  Around 7:10 a.m. EST, a CSX train struck a pedestrian on the railroad tracks at Warner Road.  The train was traveling from Kearny, NJ to Chicago, had two locomotives and 49 rail cars carrying mixed freight.  Train traffic through the area was suspended while local law enforcement completed their investigation.  Normal operations are expected to resume later this afternoon.

Sadly, rail-related accidents like this one are all too common.  About every three hours somewhere in the U.S., a person or a vehicle is struck by a train.