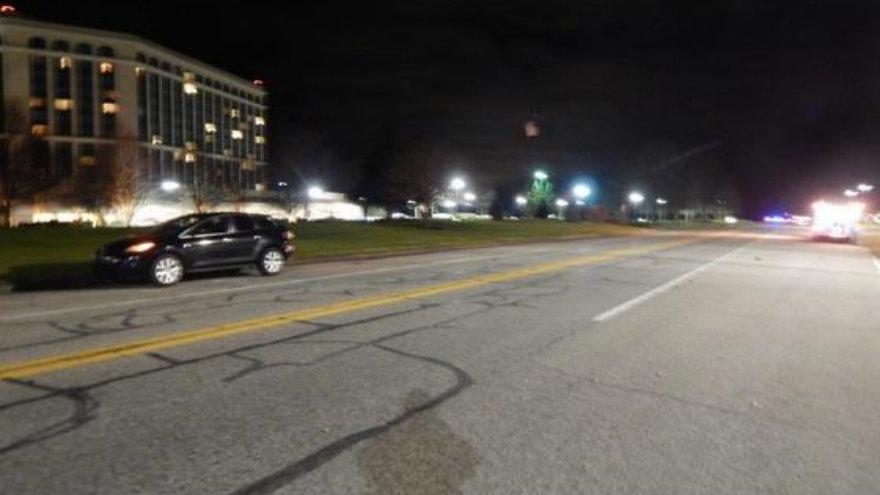 SWITZERLAND COUNTY, Ind. – A pedestrian was killed on New Year’s Eve after being struck by a vehicle on S.R. 156 in front of Belterra Casino.

According to Indiana State Police, the crash happened Dec. 31 at approximately 11:10 p.m. where a pedestrian was struck and killed by a passenger car in front of the casino on S.R. 156.

A preliminary investigation revealed a 2008 black Mazda vehicle was traveling east on S.R. 156 in front of the casino while four pedestrians were walking from the casino toward an overflow parking lot across S.R. 156.

One of the pedestrians, 47-year-old Robert V. Loughry of Gahanna, Ohio, was killed by the Mazda driven by 62-year-old Patricia Villines of Warsaw, Kentucky, officials say.

Loughry was fatally wounded in the accident and pronounced dead at the scene by the Switzerland County Coroner’s Office.

Loughry’s next of kin has been notified.

Toxicology results for Villines and Loughry are pending.