Pedestrian struck and killed on M-51 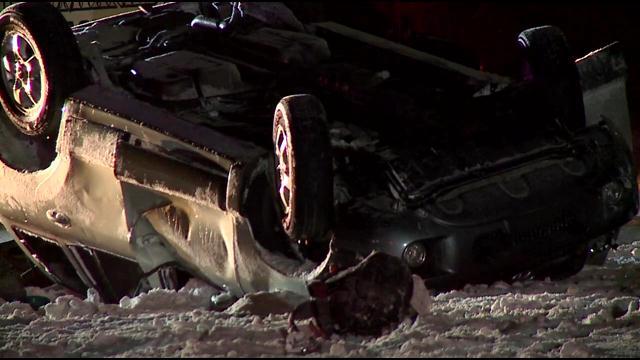 Police and fire crews responded to a fatal crash on M-51 in Pokagon Township at Edwards Street, after an Elkhart woman struck and killed a pedestrian.

He was struck and killed by a car driven by 21 year old Jamika Morgan of Elkhart.

Morgan's car ran off the road, struck a telephone pole, and rolled over onto the roof.

Officials believe weather could have played a factor.