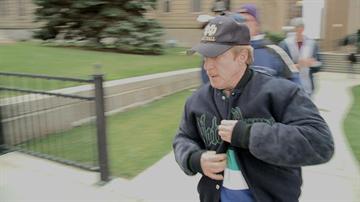 MISHAWAKA, Ind. - The man accused of hiding a video camera in a boy's locker room at Penn High School is expected in court Monday.

A hearing is scheduled for 53-year-old Robert Troup. The former custodian plead not guilty to voyeurism charges in late December.

Police said that Troup hid the camera as early as December 2010. Students found the camera the following January but did not tell an adult until November.