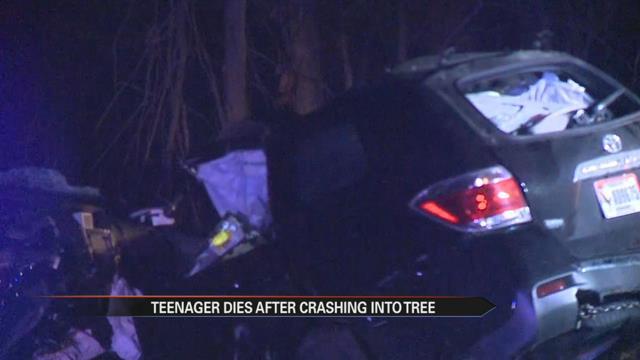 A 17-year-old died Thursday night after his vehicle struck a tree on State Road 23 in Granger.

Police say it was a single vehicle accident.

According to police, Lane was on his way home from work when his vehicle, a Toyota SUV, left the roadway

He hit a tree on State Road 23 in Granger just east of Bittersweet Road.

Police say Lane was killed instantly and no other vehicles were involved.

St. Joseph County Police say alcohol was not a factor.

Lane was a senior at Penn High School.