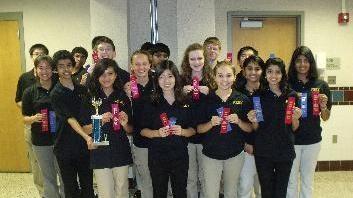 OSCEOLA, Ind.-Penn High School's Spell Bowl squad notched their second invitational win of the young season on Monday night when they topped a seven team field at the Winamac Invitational.

Previously the Kingsmen won out at the East Noble Invitational. Penn lead the way with 88 points followed by Kouts with 51 and Winamac with 48.

Next up for the Penn Spell Bowl team is the Lakeland Invitational on Tuesday,  Sept. 27.