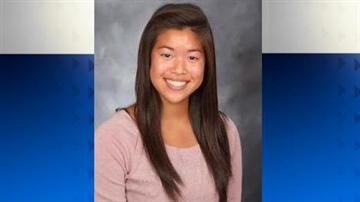 MISHAWAKA, Ind. -- Penn High School's Christy Chang made history on Monday night while leading her Kingsmen Spell Bowl team to a berth in the state finals at Purdue University on Nov. 12.

Chang's perfect score of nine at the John Glenn Regional set a new career Spell Bowl scoring record, having correctly spelled all 288 words she has faced in four years of varsity competition.

Here are some of the words she spelled perfectly in Penn's last match:

The last word, 'hierarchial', is the one she spelled correctly to break the all-time Penn Spell Bowl record.  Chang eclipsed the previous record of 287, set by Penn's Kelsey McClure from 2005 to 2008.

Chang's total of 288 words is an official Penn High School Spell Bowl record, and it is believed to be, unofficially, a career Spell Bowl record for the state of Indiana. Christy Chang has spelled a perfect round of 9 for all 32 of her varsity competitions.

Penn's spellers' score of 89 was the highest qualifying score in the state. It was also Penn's 14th consecutive regional title. Overall, the state finals on Nov. 12 will be the school's 15th appearance. The Kingsmen have won 11 state titles.