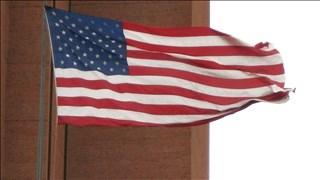 WASHINGTON (CNN)  US and Afghan Special Operations Forces conducted an airstrike in Afghanistan that targeted and killed ISIS leader Hafiz Sayed Khan on July 26, according to a statement from the Pentagon.

US Department of Defense Deputy Press Secretary Gordon Trowbridge released a statement that said the Nangarhar province has been a "hotbed" for ISIS activity since the summer of 2015.

Khan was known to participate in attacks against US and coalition forces, with his leadership in ISIS resulting in terrorizing Afghans in the Nangarhar province of Afghanistan.

While ISIS is identified primarily with its presence in Iraq, US and coalition officials have expressed concern of late about a growing presence in Afghanistan. This strike was conducted under authorities the President gave the Department of Defense earlier this year to specifically target members of ISIL-K as part of the US counterterrorism mission in Afghanistan.

But similar threats are likely to emerge again. A former Afghan National Security official tells CNN "It may be a tactical victory, but many ISIS members in Afghanistan are in fact extremists from Pakistan. There is an endless reservoir of them."