Peres family: 'The loss we feel today belongs to all of Israel' 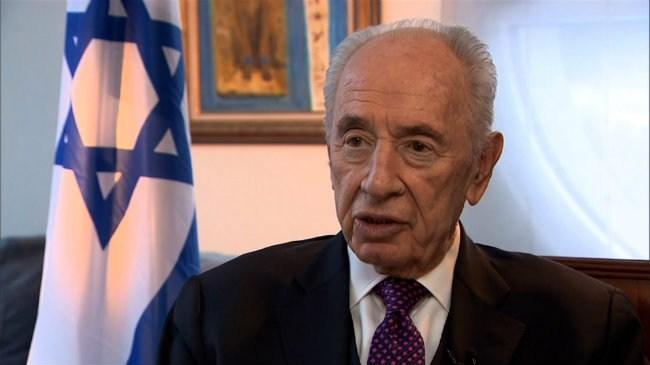 Current and former world leaders, including US President Barack Obama, former President Bill Clinton and Democratic presidential nominee Hillary Clinton, were invited to attend the funeral of the former Israeli Prime Minister, President and Nobel laureate, who died early Wednesday. He was 93.

Those invited have described the ninth Prime Minister of Israel as both a friend and an inspiration.

'You are only as great as the cause you serve'

Addressing reporters from Sheba Medical Center outside Tel Aviv, his son, Chemi Peres, said his father "did not have any other purpose in life other than serving those he loved," referring to the people of Israel.

He recalled his father once told him: "You are only as a great as the cause you serve."

He said his father had "bequeathed a future to us. We will continue building the state of Israel and will also seek peace.

"The loss we feel today belongs to all of Israel, we all share this pain."

Rafi Walden, Shimon Peres' son-in-law and physician, said the Israeli leader's final contribution was to donate his corneas for transplant.

He said Peres had remained healthy and vibrant up until a stroke two weeks ago, adding that his family was always in awe of his lasting influence, recalling how world leaders would stand before him "like students standing before the rabbi." .

'A genius with a big heart'

Obama was among those who called Peres a friend.

"There are few people who we share this world with who change the course of human history, not just through their role in human events, but because they expand our moral imagination and force us to expect more of ourselves," Obama said in a statement from the White House. "My friend Shimon was one of those people."

Former President Bill Clinton, who together with Peres had championed the 1993 Israeli-Palestinian Oslo Peace Accords, said in a joint statement with his wife that "Israel has lost a leader who championed its security, prosperity, and limitless possibilities from its birth to his last day on earth."

"He was a genius with a big heart who used his gifts to imagine a future of reconciliation not conflict, economic and social empowerment not anger and frustration," added Clinton, whose spokesman said the former President would attend Peres' funeral.

Israeli Prime Minister Benjamin Netanyahu expressed his sadness for the country's ninth leader, calling him "a man cherished by the nation."

Former British Prime Minister Tony Blair tweeted that Peres was "a political giant, a statesman who will rank as one of the foremost of this era or any era."

Palestinian Authority President Mahmoud Abbas sent a message of condolence to Peres' family and called him a partner for peace, according to WAFA, the official Palestinian news agency.

Abbas' message refers to Peres' efforts as foreign minister in the early 1990s to conclude the Oslo Peace Accords. Peres was awarded the Nobel Peace Prize for that contribution in 1994 with Prime Minister Yitzhak Rabin and Palestinian leader Yasser Arafat.

Ban, the UN chief, said in a statement: "I met Mr. Peres on many occasions, and always benefited from his views. Even in the most difficult hours, he remained an optimist about the prospects for reconciliation and peace."

Other voices added to the tributes. UK and Commonwealth Chief Rabbi Ephraim Mirvis called him "a born leader, a uniquely talented diplomat (and) a relentless campaigner for peace," and David Quarrey, British ambassador to Israel, said he was "a towering figure of our time."

Half a century of Israeli politics

Peres held virtually every position in Israel's Cabinet, including minister of defense and Prime Minister.

Beyond his efforts with the Oslo Peace Accords, he called for peace talks in 2011 with the Palestinians and warned the United Nations against recognizing the Palestinian territories as an independent state outside a peace plan.

Peres remained in the public eye after retirement. In a 2015 interview with CNN, he expressed support for a nuclear deal with Iran and said it would be feasible for inspectors to enforce the terms of the agreement.

Peres' body will lie in state at the Knesset -- the Israeli parliament that Peres was a member of for more than 45 years -- on Thursday, with doors open for public visits starting in the morning, the country's Ministry of Culture and Sport said.

A farewell ceremony will be held Friday at the national cemetery at Jerusalem's Mount Herzl, where he will be buried, the ministry said.

He suffered a massive stroke September 13 but was reported to be making progress. Doctors said he took a turn for the worse Tuesday.

Peres' family was believed to be at his bedside when he died at Sheba Medical Center.