Lake effect snow showers continue through today, creating for slick roads and low visibility at times on the roadways. Give yourself at least 10-15 extra 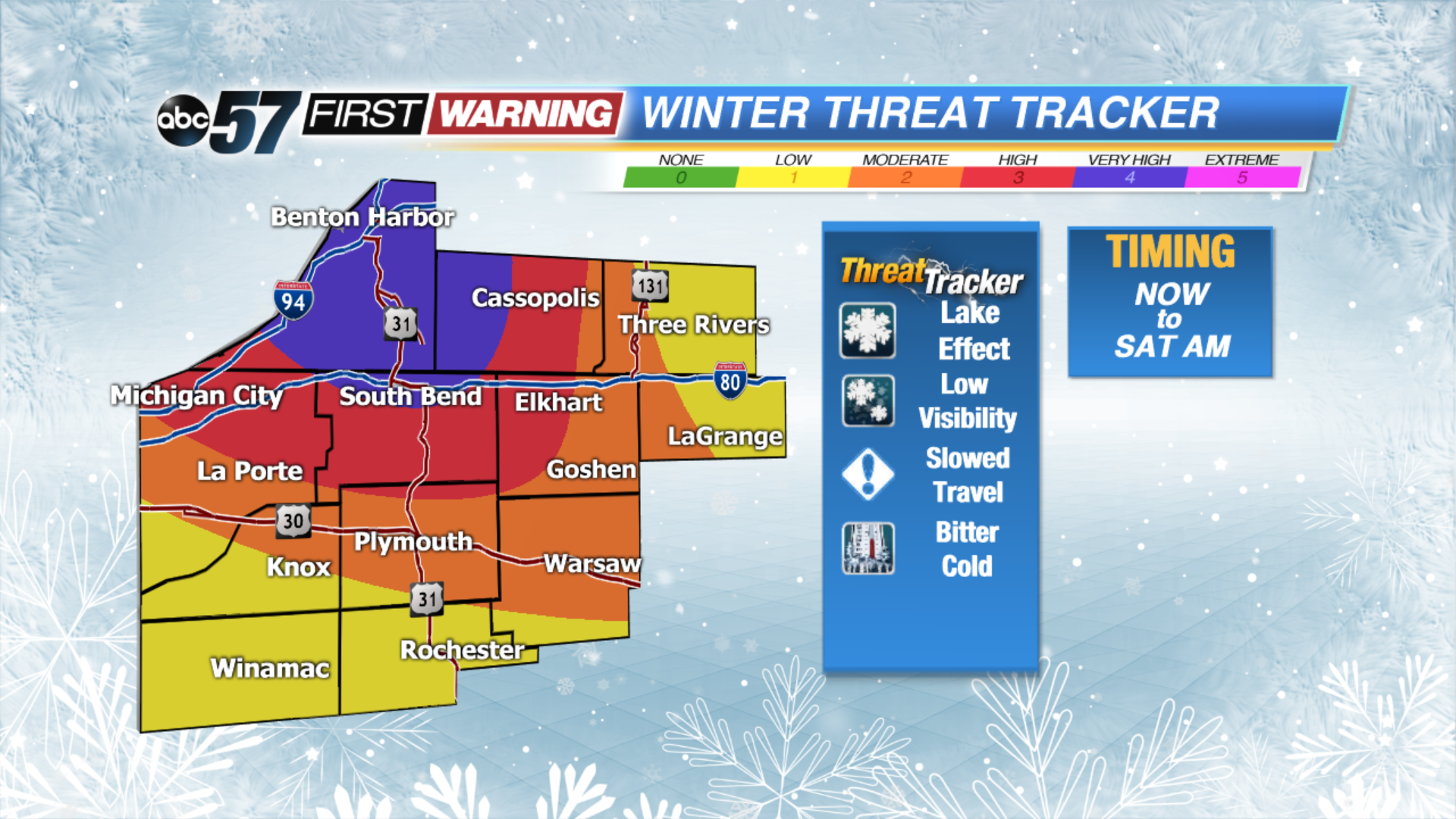 Very high threat to travel in SW Michigan.
minutes for your morning commute. The heaviest snow is expected for Berrien and Cass Co. where some could see 12-18” of snow by Friday night with localized higher amount possible. The clouds from the lake effect will keep us from getting too cold, but daytime highs will only be in the low to middle teens.

A couple flurries are possible Saturday morning but most of the day is dry with partly cloudy skies. It’ll be a great day to run any errands or clean up the snow because a wintry system moves in 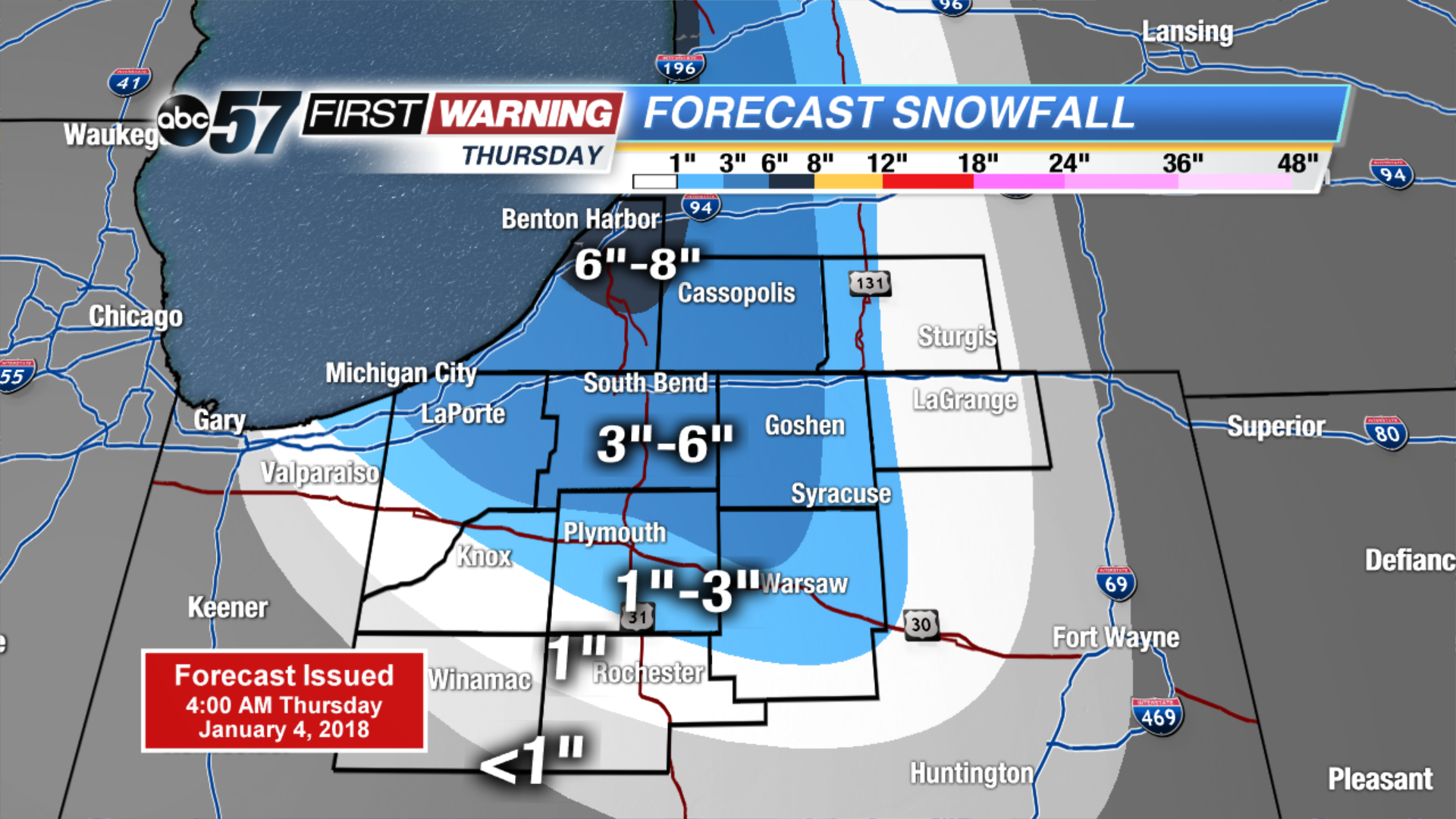 Thursday estimated snowfall total
Sunday afternoon. This system looks to last through at least midday Monday. Temperatures do warm up, making it into the low 30s by the very beginning of next week. 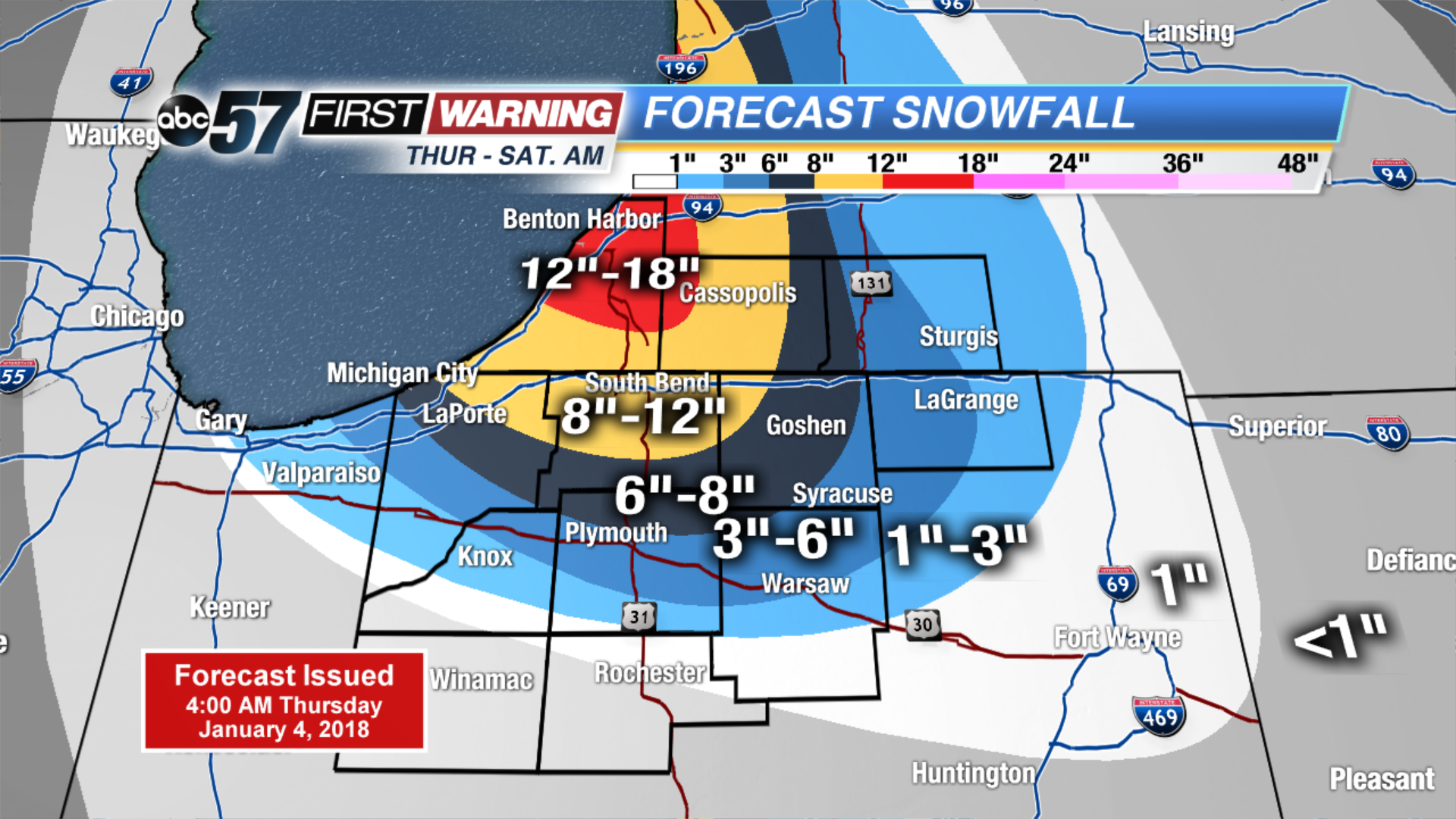