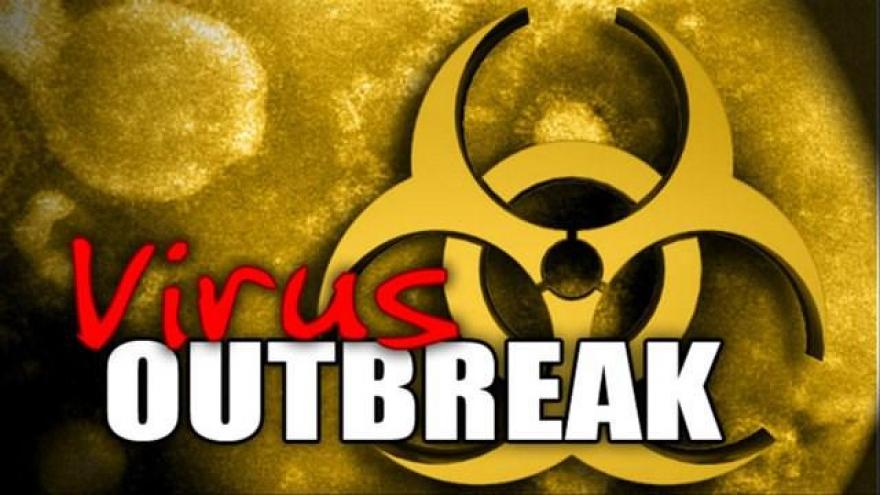 (CNN) -- The US Centers for Disease Control and Prevention confirmed Friday that pet rats are the source of an outbreak of Seoul virus infections in Illinois and Wisconsin. The virus has been confirmed in eight patients in an ongoing investigation.

The recent cases are "the first human cases we've seen in the United States associated with pet rats," said Dr. Jennifer McQuiston, a veterinarian and deputy division director for CDC's division of high consequent pathogens and pathology. Several previous outbreaks reported in the US occurred in wild rats.

Investigation in Wisconsin leads to Illinois

The initial patient in the current outbreak, a resident of Wisconsin, visited a hospital with flu-like symptoms, according to Stephanie Smiley, director of the bureau of communicable disease with Wisconsin Department of Health Services. The patient was a home-based rodent breeder.

Because of the patient's exposure to rodents, the doctor had a "hunch" to test for hantavirus, explained Smiley.

Following a positive test result for hantavirus in late December, Wisconsin health officials sent a sample from the patient to the CDC along with a separate sample from a second patient -- a family member who also worked with rodents.

On January 11, the CDC confirmed infections with Seoul virus, a rodent-borne hantavirus, in both patients.

Though related, Seoul virus is considered different from hantavirus and it is not typically seen in the US, said McQuiston.

"This is typically associated with a milder illness than we think about with the classic hantavirus we talk about in the US, but it can be, in rare cases, associated with some more severe symptoms, such as renal disease," said McQuiston.

According to Smiley, symptoms of Seoul virus can include fever, chills, nausea, pink eye-type eye infection and abdominal pain. Though it rarely happens, a simple infection can progress to hantavirus pulmonary syndrome, which begins with fever, severe aches and fatigue, and may turn fatal.

Seoul virus symptoms often develop within one to two weeks after contact, but can take as long as eight weeks to appear, said Smiley.

Both of the Wisconsin patients have since recovered, but the discovery of infection led to a follow-up investigation at several rat suppliers, which revealed an additional six cases of Seoul virus among workers at two Illinois breeding facilities, according to Melaney Arnold, a spokeswoman for the Illinois Department of Public Health. She added these cases were confirmed by the CDC on January 18.

"Six people tested positive for Seoul virus, but only one experienced illness," said Arnold, explaining that five people showed no symptoms of the virus, which cannot be transmitted among people, regardless of whether symptoms are present or not. The one patient who became sick has since recovered.

Public health officials said that more ratteries and more infected people may be identified as the investigation proceeds.

Usually people become infected when they come in contact with infectious fluids, such as blood, saliva and urine, from infected rats, or are bitten by them. Infected rats typically do not appear sick.

Worldwide, the Seoul virus is carried by wild Norway rats, which first arrived on this continent during the late 1700s and then began to dominate urban centers throughout the country. Most infections among people have been reported in Asia.

Meanwhile, the CDC is working with local and state health authorities in both states to continue testing rats and humans for Seoul virus infections.

"It's been fairly complicated," said McQuiston, adding that the CDC believes so far that the virus has not spread beyond or outside "the network that we're investigating right now."

Anyone who recently purchased a rat in the affected areas and experiences Seoul virus symptoms should contact their healthcare provider immediately.

People in Illinois and Wisconsin who have purchased or come in contact with rats from the affected breeders should contact their local or state health departments.

"Our general recommendation is that anybody who has a pet rodent or pet rat should be cognizant of good pet care behavior," said McQuiston.

Caring for a pet rat

To prevent diseases or infections carried by rats, people should wash their hands with soap and running water after touching or feeding rodents or cleaning their habitats. Children need to be assisted with their handwashing.

Whenever possible, pet owners should clean and disinfect rodent cages and supplies outside the home -- never perform this clean-up in the kitchen or bathroom. Wear gloves, if possible, to avoid coming into contact with droppings or urine.

Because pet rodents can shed germs and contaminate areas where they roam, make sure their cages are properly secured and safe.

Avoid bites and scratches from any rodent. Even if an animal seems friendly, be cautious. Routinely visit your veterinarian to keep a pet rodent healthy and disease-free.

If bitten or scratched, wash the wound with warm soapy water immediately. Even healthy pets can carry germs.

See a doctor if the pet appears sick, if the wound is serious, if the wound turns red, painful, warm or swollen, if your last tetanus shot was more than five years ago or if you develop sudden fever or flu-like illness within two weeks after being bitten.

"We have seen occasional rare cases of Seoul virus infections in the US but those have not been linked to pet rodents. It's thought that they were more linked to wild rat exposure," said McQuiston. "We do know Seoul virus can circulate in wild rat populations -- really around the world. We don't really know how often or common it is, it's not a very well studied virus in that respect."