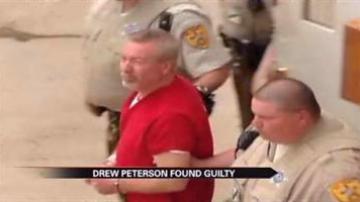 The jury returned a verdict after two days of deliberations.

In 2004, Peterson killed her and made it look like an accident.

Savio was found in her bathtub and the cause of death was initially ruled an accident.

Peterson now faces up to 60 years in prison.