Peyton watch appears to be over 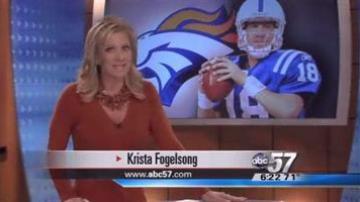 The Peyton watch appears to be over.

Monday, ESPN reported that quarterback Peyton Manning is headed to The Denver Broncos.

Denver is taking a bit of a gamble, since Manning has struggled with a neck injury and missed the entire 2011 season.

The big question is will current quarterback, Tim Tebow stay or go? Monday, a billboard popped up asking Broncos fans to weigh-in.

One person who won't be backing up Manning is Brady Quinn.

The former Notre Dame quarterback spent the past two seasons in Denver.

Quinn was picked up by The Kansas City Chiefs.