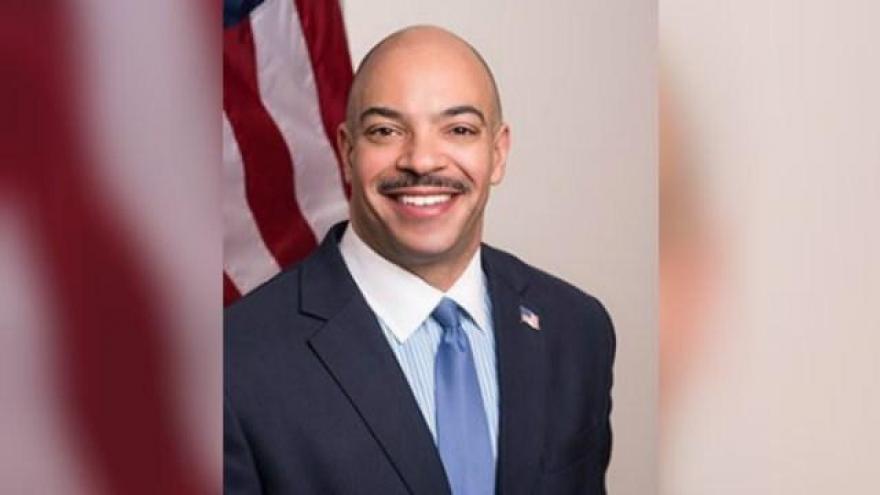 (CNN) -- The district attorney of Philadelphia was charged Tuesday with 23 counts of taking bribes of cash, vacations and a car, and of using money meant to pay a relative's nursing home bill for his own needs, federal officials said.

Seth Williams, who was twice elected as Philadelphia's DA, is accused of accepting bribes between 2010 and 2015 to help two business owners, said William Fitzpatrick, the acting US attorney of New Jersey.

The prosecutor pleaded not guilty Wednesday at his arraignment.

"Seth Williams categorically denies that he is guilty of any crime," said attorney Michael Diamondstein. "We ask only that this rush to judgment stop and that the public recognize that this case is going to be tried in a court of law."

Among the bribes Williams is alleged to have taken:

In exchange, authorities allege, Williams made calls to help one business owner avoid security screenings at the airport when returning from foreign travel and attempted assistance with the criminal case of a friend of the business owner.

The second business owner was appointed as a special adviser to the DA and issued an official badge. Williams also sent a letter to the California Department of Alcoholic Beverage Control before a hearing on the business owner's liquor license in that state.

"Mr. Williams' alleged willingness to compromise his position of public trust in exchange for private financial gain is all the more unfortunate given that he was elected to protect the interests of the people of Philadelphia as their chief law enforcement officer," Fitzpatrick said.

The indictment, handed up by a grand jury in Philadelphia, also charges Williams with diverting an unnamed relative's pension and Social Security checks so he could use them for his own purchases instead of paying a nursing home.

"Williams also falsely told a nursing home employee his relative spent the pension and Social Security payments," the indictment says. Williams also is accused of misappropriating $10,000 that friends of the relative gave him to cover expenses at the home.

Authorities are asking for Williams to forfeit more than $20,000 they say he received.