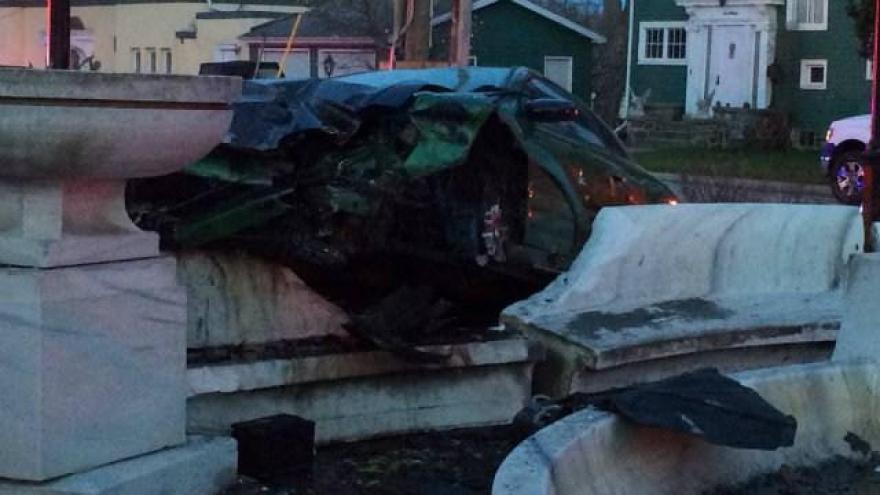 Photos from a police pursuit that ended at the intersection of West Beardsley Avenue and North Riverside Drive Friday have been released.

The pictures provided by The Elkhart Truth and the Elkhart Police Department shows the 2002 Mitsubishi crashed into a fountain with heavy front-end damage.

There is damage to a utility pole and the fountain as well.

Police say they first attempted to stop the vehicle at the intersection of East Beardsley Avenue and Johnson Street around 8:13 p.m.

The vehicle tried to flee from police when it veered off the roadway, crashing.

According to authorities, the driver, a 27-year-old male, was taken to Elkhart General Hospital for treatment of injuries including a broken nose.

Per EPD, the case will go on to the prosecutor’s office for review.