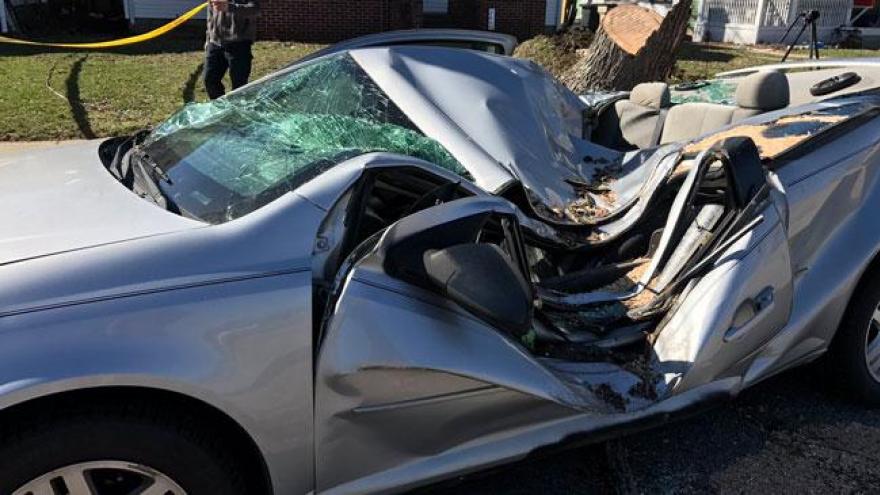 Trees and tree limbs toppled by high winds have caused damage to both vehicles and power lines throughout Michiana.

There are over 10,000 people in Indiana and Michigan without power because of the high winds.

A car on 27th Street in the River Park neighborhood of South Bend was totaled when a massive tree fell on it Wednesday afternoon.

In Mishawaka, a car was damaged by large tree limbs that fell onto the car. This happened in the 100 block of W Battell Street.

The wind isn't just damaging trees. Crews had to straighten a crossbar holding stoplights at the intersection of Fellows and Sample in South Bend.

In St. Joseph County, Myrtle Road between Jackson and Ireland is closed because of a downed tree in power lines. The road will not reopen until Thursday.

The Ontwa Township Edwardsburg Police Department asks drivers to avoid Dailey Road between Hamilton Street and Curtis Drive because of a tree blocking the roadway. There is also a tree down blocking Mason Street near Christiana Lake Road.