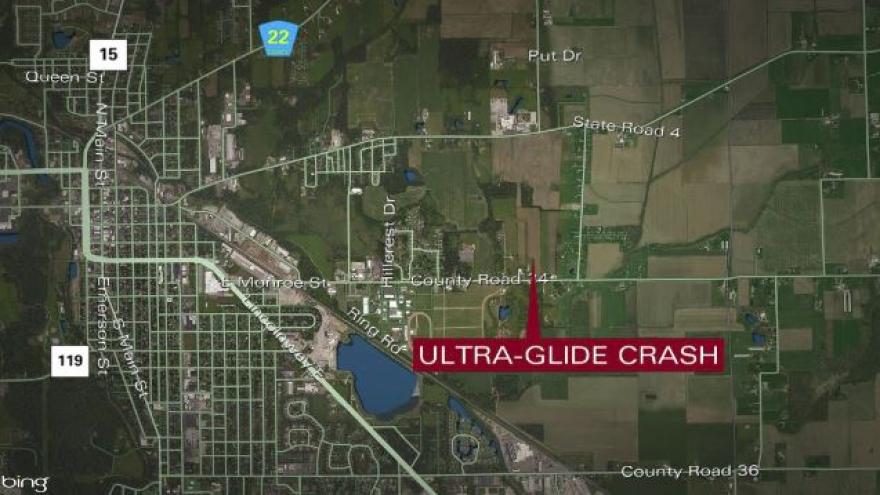 GOSHEN, Ind. – A 72-year-old man is dead after his ultra-glide, a small aircraft, collided with an overhead garage door Sunday afternoon.

The Elkhart County Sheriff’s Department says deputies responded to the call of a crashed ultra-glide on Country Road 34 in Goshen around 2:14 p.m.

The pilot, identified as 72-year-old Lavern “Jim” Miller, was trying to “taxi” the aircraft prior to the crash.

Deputies say Miller never was airborne in the craft.