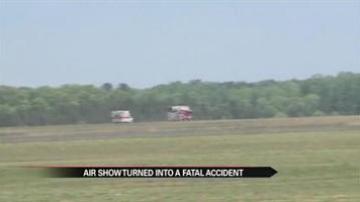 Police are investigating a deadly plane crash at an air-show.

The 47-year-old pilot died Sunday after his plane crashed at the Stevens Point Air Show in Wisconsin.

Witnesses say they were shocked when it happened.

The rest of the show was cancelled after the event.