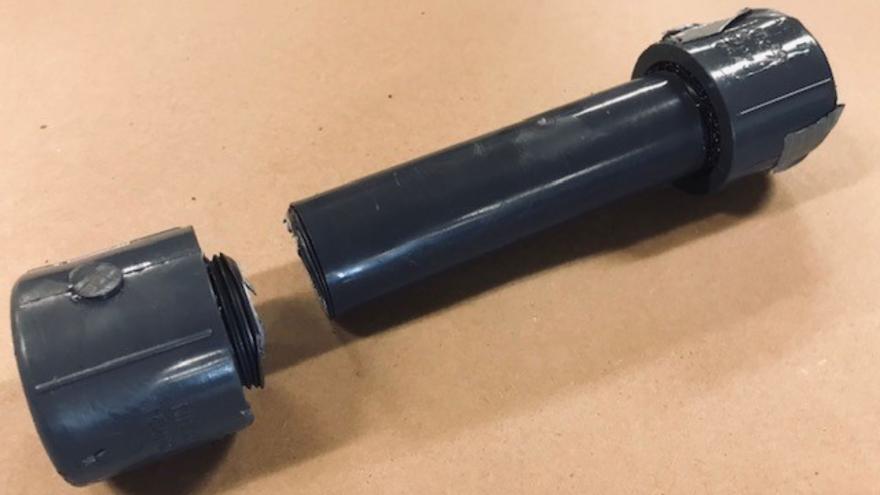 An investigation into a man wanted on a felony warrant led investigators to the residence on Hollyhock Road, where the St. Joseph County Police Department arrested two men on several charges.

While serving the warrant, officers found a suspected pipe bomb and other bomb-making materials in the home.

There is no threat to the public.