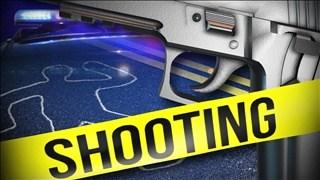 Snellville, GA -- Police have made an arrest in connection to the death of a pizza delivery driver found shot to death inside his car.

Washington is being held at the Gwinnett County Jail. He is expected to make his first appearance in court on Tuesday.

A Gwinnett County police spokesperson said Robert Purcell, 40, was found shot to death inside his car.

Police described a possible motive for the homicide as "robbery," but Purcell was not at his job delivering pizzas at the time.

His co-workers at Marco's Pizza near Snellville reported him missing after he didn't show up to work Friday.

Later, police found Purcell inside his car, parked on the exit ramp from Highway 78 westbound to Hugh Howell Road.

Known as 'Jesse' amongst his co-workers, they tell CBS46 Purcell was living out of his car for the past few weeks.

They said Purcell had a disagreement with his roommates and he was looking for another place to live.

He spent most nights sleeping in his car parked behind Marco's.

Originally from Michigan, Purcell's co-workers said he had no relatives in the area.

Meanwhile, police tell CBS46 News that they believe robbery was the motive behind the killing. They also say there may more arrests at a later date.