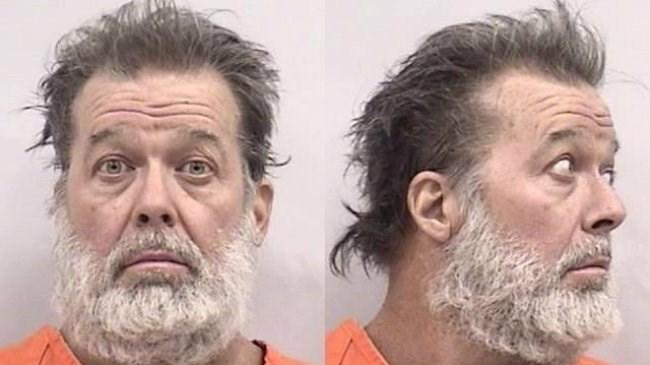 (CNN) -- The man accused of killing three people at a Planned Parenthood clinic in Colorado Springs last November has again been deemed incompetent to stand trial.

Robert Lewis Dear faces 179 felony counts, including murder and attempted murder charges, in the shooting rampage that left a police officer and two civilians dead and nine others wounded.

Dear has been undergoing treatment at CMHIP since May, when a judge ruled him incompetent after a series of outbursts in the courtroom.

At his previous court hearing, Dear admitted guilt and refused to acknowledge his public defender.

"You'll never know what I saw in that clinic," Dear interrupted during one argument in the May hearing. "The atrocities. That's what they want to seal. The babies." At other times, he said, "I am guilty. There is no trial," and "Protect the babies."

Dear did not appear in court Thursday. His next competency hearing is scheduled for November 17.

Prosecutors have asked that he be compelled to appear at that hearing, but Dear's attorneys say it could hamper his treatment and unnecessarily expose him to the media, according to CNN affiliate KRDO.

Dear's mental status is likely to be a focus of his entire legal defense and could delay the case significantly, according to CNN legal analyst Philip Holloway.

"If Dear is deemed presently incompetent, he cannot, as he attempted to do at his initial appearance, plead guilty," Holloway said. "Any plea of guilty must involve a knowing and voluntary waiver of many constitutional rights, including his right to a trial by jury."