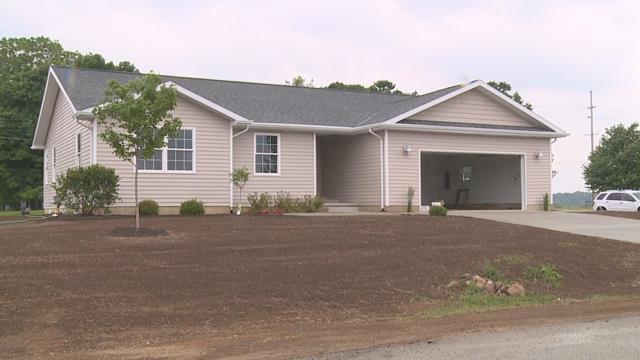 A group of students at Plymouth High School can add 'building a house' to their resumes.

They held an open house Sunday to discuss how they built a home from the ground up, and sold it.

For the past 37 years, students in the construction and technology course have built a house each year.

Cassie Quissel, who will graduate Friday, is only the fourth girl to ever take the class.

She designed the house.

“It's really crazy thinking that I, as a high school student, can create something somebody's actually going to live in,” Quissel said.

The students all took on different roles to build the structure from the foundation up with the help of their teacher P.T. McKinnis.

Before they could finish the construction, the house was bought.

“It has been a dream come true, and it's going to help me a lot when I go to college,” Quissell said.

After participating in the program, Quissell received early admission to Ball State's architecture and planning program.

“It has to get done. We can't procrastinate this,” Quissell said.

It's that attitude that makes McKinnis so proud of his students.

“I learn almost as much from them as they learn from me sometimes,” McKinnis said.

The students say they've also become proud of themselves.

“I found out that I have a lot more strength than I thought I did,” Quissell said.