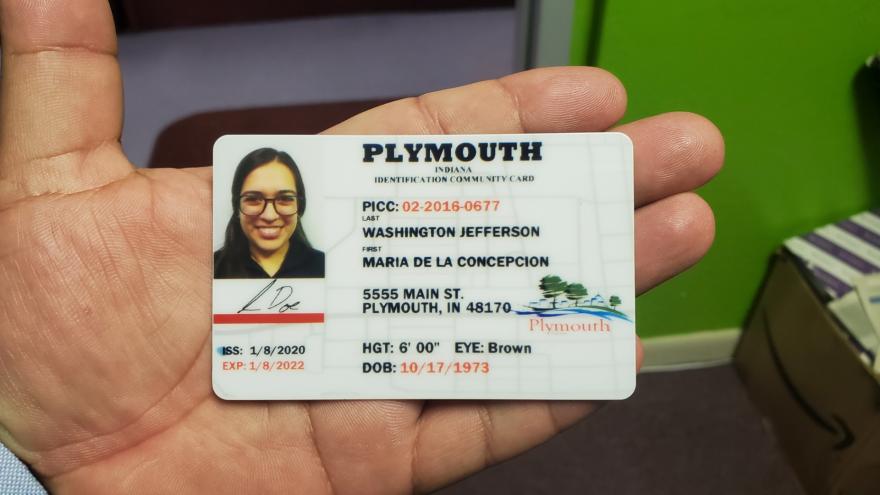 Plymouth, Ind. – A soft launch for the new “PRIDE” card for the City of Plymouth was held on Friday at Plymouth High School and it presents residents with an alternative to obtaining identification.

PRIDE stands for Plymouth Resident Identification Endorsement and it is essentially a new form a city-based ID.

Constantino affirms that the PRIDE card will benefit people who do not possess traditional forms of identification.

“Basically what the Pride Card will do within the city limits of Plymouth is allow you to identify yourself with city agencies such as the police and the fire department, to get your water bill started,” Constantino said. “But primarily, let’s say, I want to report a crime and I call you, the first thing a police officer asks you is ‘can you identify yourself?’ So it’s going to be a very basic form of identification but one that’s very crucial and in English!”

The purpose of a PRIDE card is to allow people to perform their normal civic responsibilities which require identification.