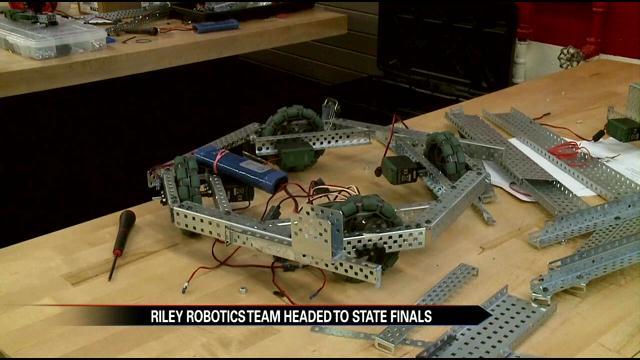 A group of Indiana high school students are packing up their robotics and heading to the state finals. "Not Your Average Roboticists" is made up of students from Riley High School and New Tech High School.

Two weeks ago, the team, known as Team 3685, won district finals in Kokomo, and on Sunday the team members learned they qualified for state.

Because of the high costs of the finals, supporters of the team have started a GoFundMe account to help the students pay the registration fee ahead of time as well as the three-day trip.

They need to come up with about $7,000 before the end of March to fund the trip.

The YMCA has helped fund the qualifying finals, and founded the first robotics team, but has run out of funding to help take the students to the finals.