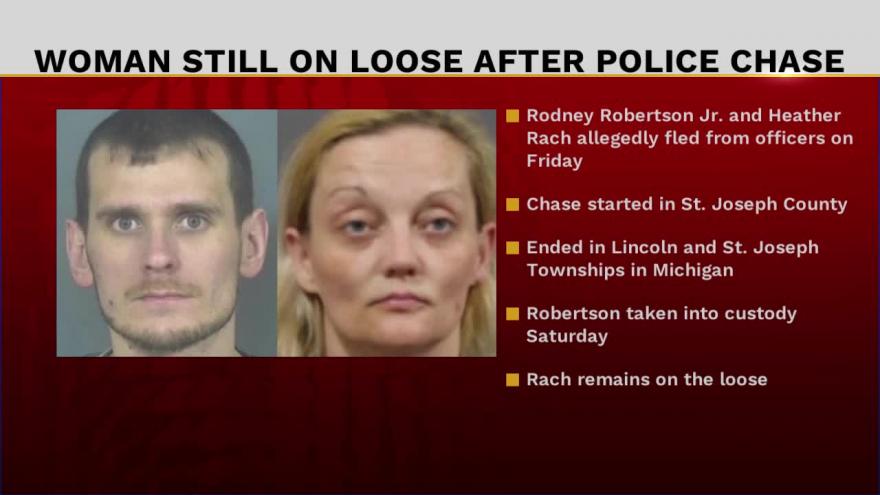 Pokagon Band Tribal Police confirms there was a police chase involving two suspects, wanted on felony warrants and for allegedly planning an armed robbery at a local hotel.

The chase stopped when they reached a congested area of Lincoln and St Joseph townships.

Robertson was taken into custody Saturday, but Rach is still on the loose.