Pokemon Go players at risk of landmines in Bosnia 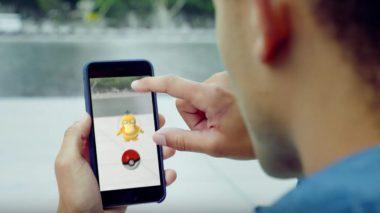 (CNN) -- A Bosnian nongovernmental agency is urging Pokemon Go users to be aware of their surroundings, for a good reason -- land mines.

Distracted users are roaming into areas dotted with the unexploded ordnances (left over from the 1990s conflict in that region) while trying to catch the virtual reality monsters, Posavina bez mina said on its Facebook page.

"We received information that there are cases where users of the Pokemon Go app in Bosnia are entering into mined forests and risky areas in order to find Pokemon," it said this week.

"We ask all citizens to respect all signs warning them about mines and to not enter areas unfamiliar to them."

The free Pokemon app has gained popularity worldwide, and allows players to hunt and capture the monsters on their phones.

Creatures appear in real world settings on the app, sending players wandering all over, heads bowed as they search for the cartoon characters.

Bosnia still has tens of thousands of mines left over from the 1992-1995 war.

Since its launch, incidents of distracted Pokemon players have been reported worldwide, including some who have fallen off cliffs.

In some cases, armed robbers lured lone players of the wildly popular game to isolated locations. In another case, a teen playing the game discovered a dead body.

Not all incidents have involved crime.

New Zealand's Tom Currie quit his job as a barista and bartender to travel around and try to catch all 250 Pokemon.

In Indiana, a shelter is asking Pokemon players who love animals to consider walking shelter dogs while they roam around looking for the monsters.