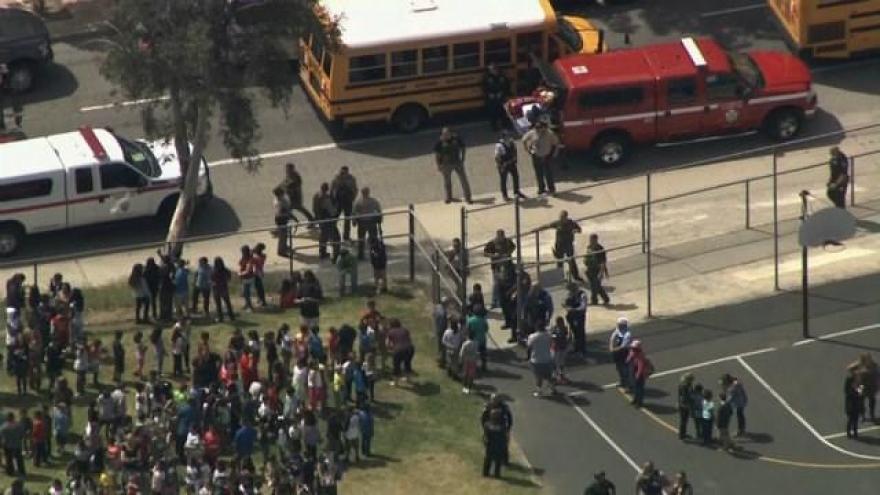 Two adults are dead in a San Bernardino North Park Elementary School classroom in what is believed to be murder-suicide, San Bernardino Police Chief Jarrod Burguan tweeted. Authorities believe the suspect is down and there is no further threat, Burguan said.

Two students at the school were transported to a hospital after the shooting that took place in a classroom, police chief Jarrod Burguan tweeted.

The police chief said the incident appears to be a murder-suicide.

Preliminary information shows four victims are being treated, and the suspect is possibly down.