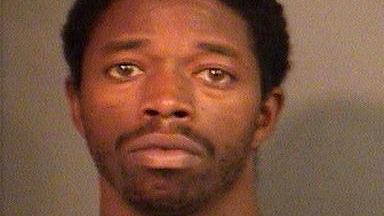 Police arrested a man they say held a woman at gunpoint and robbed her of her purse and other belongings at University Park Mall.

Mishawaka Police officers were dispatched to the University Park Mall parking lot on July 4th after receiving a call about an armed robbery.

The robbery happened near the Barnes and Noble store there.

Officers spoke with a victim of the armed robbery who told them someone put a handgun into the driver side window of her car as she was sitting in her car in the parking lot with her 11-month-old son sleeping in the back seat.

The suspect told her to give him her purse, phone, and car keys, according to officers.

Once the suspect had the victim’s items, he allegedly fled the scene on foot and that’s when she went into the mall to contact police.

During the investigation, police found that one of her credit cards was used at a location and were able to locate her iphone.

The investigation led police to a suspect, Ronnie Lavone Fly, who initially denied being at the mall during the time of the robbery. He later admitted robbing the suspect.

Based on him committing this crime while he was already on parole, police say his bond has been set at $100,000 corporate surety or $10,000 cash.