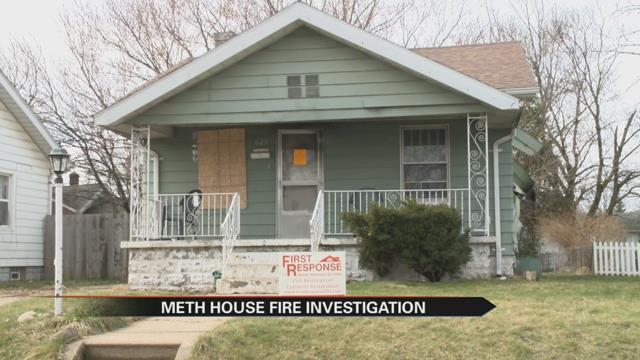 Police believe a meth lab is to blame for a house fire in South Bend this weekend.

“The users, the dealers, everybody else, it is a problem,” said Captain Scott Hanley of the South Bend Police Department.

Police and fire crews faced that problem head on Saturday when they responded to a house fire at 625 31st Street.

“Fire was probably caused by a meth lab that was within the residence,” said Captain Hanley.

The man police believe was making the drug fled the scene when the fire began. They believe he may have suffered burns.

Captain Hanley says this is the second meth incident in the River Park area in the last few weeks.

According to Indiana State Police with 42 meth lab incidents in 2015, St. Joseph County has one of the highest amounts in the state.

But in 2001, while there were over 500 meth lab incidents in the state, St. Joseph County didn’t see a single one.

“The old ways of making it you needed anhydrous and other things that were generally found on farms, not so much in the inner city,” said Captain Hanley.

But now, meth is easier to make and is finding its way to cities like South Bend.

Police ask that if you have any information about him or the incident to please contact Crime Stoppers.