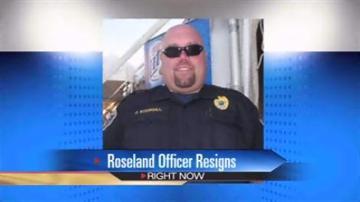 ROSELAND, Ind. -- The Roseland Police Department is down an employee after Captain Jeff Sturgill resigned Thursday after serving a three day suspension. Sturgill’s termination was the only item on the town council’s agenda.

Sturgill has been suspended since Monday and returned to work Thursday morning only to hand in his letter of resignation.

On Wednesday, officials announced there would be a meeting on Thursday.

Sturgill’s termination was the only item on the town council’s agenda.

At that meeting, Elizabeth McCombs, the town council president would only say she first learned of questionable actions taken by Sturgill roughly a week and half ago.

She would not say what Sturgill did to warrant a suspension or to be recommended for termination.

“I can't discuss personnel policies with anyone. At this time, just some circumstances happened and now that he has resigned the point is moot,” said McCombs.

Sturgill has been with the Roseland Police Department for 4 years. Two of those years he served as an unpaid reserve officer.

We have requested Sturgill’s personnel file as well as copy of his letter of resignation.