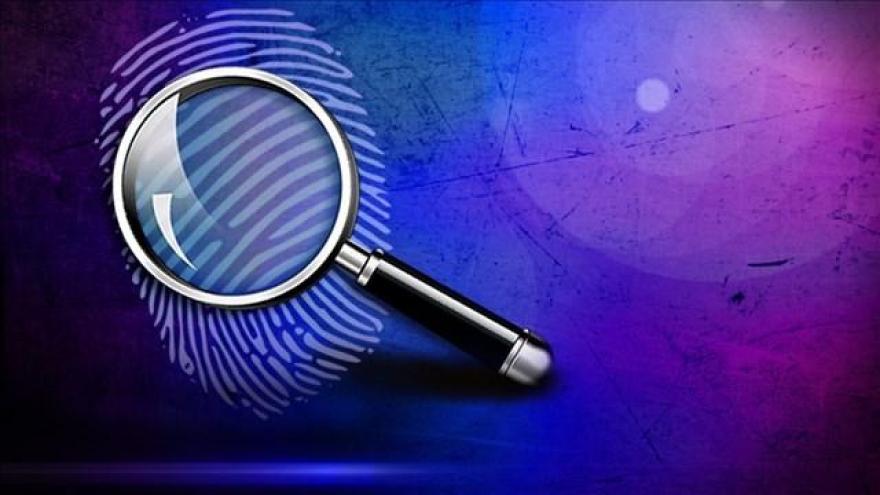 (CNN) -- A purple suitcase may be a crucial clue as law enforcement officers conduct a multistate search for a young woman's remains, police in Boulder, Colorado, said Friday.

Investigators believe Adam Densmore killed Ashley Mead, the mother of his 13-month-old daughter, in Boulder and drove a circuitous route to Oklahoma in a 2001 Volvo station wagon with the child and Mead's body inside, Boulder police public information officer Shannon Cordingly said.

Mead's body may have been partially dismembered outside Shreveport, Louisiana, police said.

"There are concerns that some of the victim's body parts may have been discarded in a variety of communities the suspect passed through after the homicide," a police news release said.

Mead, 25, was last seen on Sunday, Cordingly said, and was reported missing Tuesday when she didn't show up for work. Also missing was the couple's daughter, Winter Daisy Mead.

Police thought they might be with Densmore, with whom Mead had "an off-and-on-again relationship," Cordingly said. Law enforcement began searching and on Wednesday afternoon Densmore was arrested in the car outside Tulsa, Oklahoma.

The baby was in the car, but not Mead. Winter, who was uninjured, is now in the care of Oklahoma child protective services, Cordingly said.

About an hour after Densmore was stopped, an employee of a service station about 35 miles away in Okmulgee, Oklahoma, found a purple suitcase inside a dumpster, Cordingly said.

Inside the suitcase was a human torso, she said.

An autopsy was conducted in Oklahoma, and though no official results have been released, police have tentatively identified the remains as Mead's, based on tattoos, Cordingly said.

Boulder police said Densmore has been arrested on suspicion of first-degree murder.

The rest of Mead's body parts may be in another purple suitcase that was part of a set, Cordingly said.

"If anyone sees a suitcase placed in an odd location, they are asked not to touch it and to contact their local police department immediately," police said.

"Citizens are asked to be alert for a purple 'Reba' brand suitcase in trash dumpsters, along the side of the road or in any other odd location," Okmulgee police Chief Joe Prentice said, according to CNN affiliate KJRH.

He said one piece of the suitcase set is missing and could be "somewhere between Louisiana and Okmulgee."

Asked where he thought it might be, the chief said: "I think the possibilities are limited only by your imagination."

Mead, who has roots in Pennsylvania, and Densmore, from Louisiana, had moved to Boulder in the last six months or so, Cordingly said.

Police don't have an alleged motive yet, Cordingly said.

Densmore drove Tuesday to Conway, Arkansas, and Wednesday to Okmulgee and then Tulsa, police said.

He's currently being held in Oklahoma. Prentice said Densmore waived extradition and might be returned to Colorado by next week. It was unclear Friday whether he had an attorney.