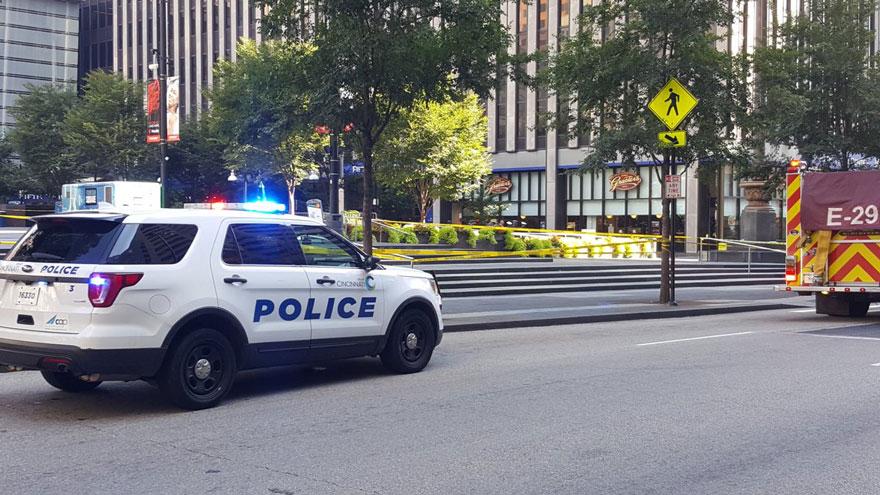 Isaac said the gunman then entered the bank's lobby where he exchanged gunfire with the shooter. It's unclear if the gunman shot himself or was shot by officers.

One of the victims died at the scene.

Cincinnati Mayor John Cranley said the gunman was "actively shooting innocent victims" and that it was a "horrific" scene.