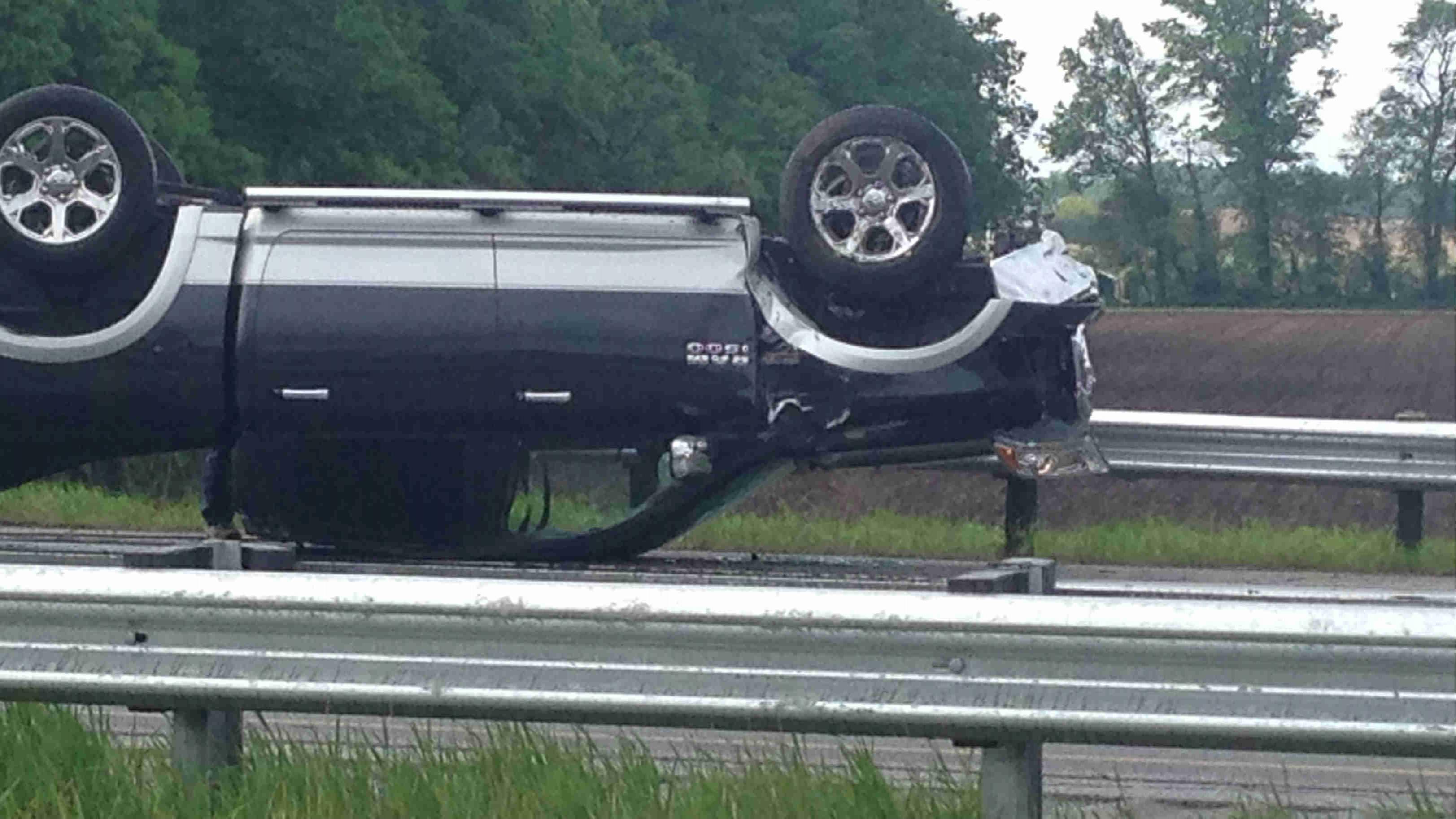 Memorial Day is historically one of the busiest travel days across our country, and with the crossroads of America right through Michiana, Monday was no exception.

But Monday's downpour caused distraction for drivers on the Indiana Toll Road.

Two vehicles were involved in unrelated accidents within a mile of each other.

Many drivers on that route say the accidents caused by the heavy rain are a sign for all drivers to be more responsible behind the wheel.

“You have to be on your toes all the time," said driver Don Ranspotton. "You have to be a defensive driver and you have to watch out for what's going on and your surroundings."

Ranspotton has been a truck driver for over 40 years.

So when dealing with hazardous weather, he teaches other drivers to take control of their vehicles.

“Don't slam on the brakes, that's for sure," he said. "Slow down and just watch what you're doing.”

Indiana State Police responded to two accidents on the Indiana Toll Road Monday morning, and they say both  were caused by the weather.

Police say the call for the first accident came in at approximately 9:15 a.m.

When police arrived near mile marker 68 in the eastbound lanes, they found a black, Dodge Ram pickup truck had rolled over and landed on its top.

Police say the driver of the pickup had the vehicle in cruise control when it, due to the heavy rain, it slid and collided with the guard rail, causing the vehicle to roll.

Officials say a second accident, also in the eastbound lanes of the 68 Mile Marker, was called into dispatch around 9:19 Monday morning.

Police say heavy rainfall caused a GMC Yukon to hydroplane from the left lane into the median and roll over, eventually landing back on its tires.

Even though these accidents occurred within one mile of each other, police say they are not related.

According to authorities, there were no serious injuries in either accident.

Indiana State Police Officers suggest to not use your cruise control when the roadways are slick. They also recommend slowing down, keeping your headlights on, and always using your seat belt.
Share this article: