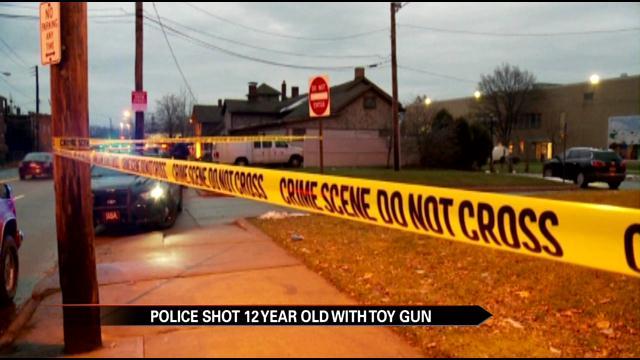 Police in Cleveland shot a 12-year-old boy Saturday after mistaking his toy gun for a real one.

The boy passed away from his injuries early Sunday morning.

Police say the toy looked like a semi-automatic hand gun and the boy refused to put the toy down after repeated orders to do so.

The officer fired two shots, hitting the boy with both.

The FBI, Internal Affairs, and the use of deadly force team are now investigating.