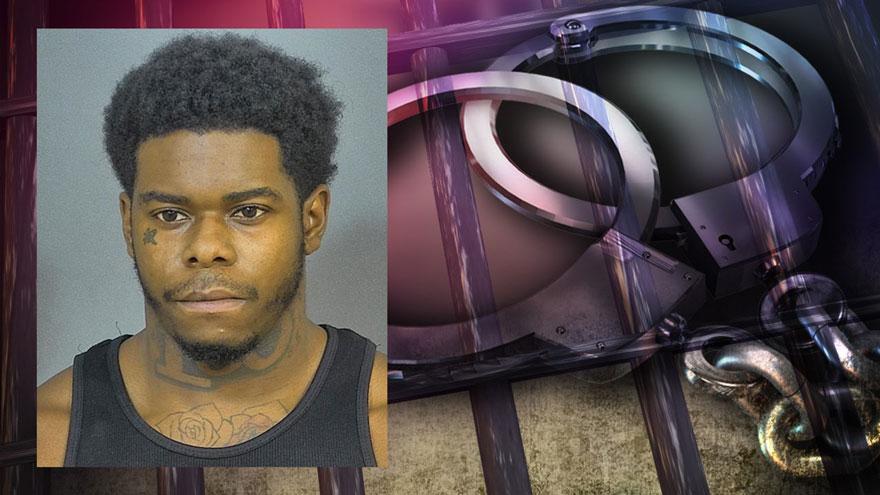 SOUTH BEND, Ind. -- A South Bend man was arrested on multiple charges after allegedly fleeing police, according to court records.

On August 17, members of the South Bend Police Department Strategic Focus Unit began searching for a wanted person in the 1100 block of E. Calvert.

In the back of the residence, officers spotted a Ford van with a handicap license plate.

A search of the plate revealed it was registered to an orange GMC Canyon, police said.

While conducting surveillance, officers saw a man, later identified as 22-year-old Quentone Gandy Jr, get into the van while carrying a Tec-9 style handgun, reports said.

Officers followed the van and conducted a traffic stop for the alleged license plate violation when Gandy pulled into a gas station on Miami Street.

He was apprehended a short time later.

When officers searched the van, they found a handgun, marijuana, and approximately 24 grams of heroin, according to the probable cause affidavit.

When officers spoke with Gandy, he said he ran because he was afraid of the police.

At first, he denied knowing about the gun and the heroin in the van.

Later he allegedly admitted to possessing the gun and purchasing the heroin for $700 believing it was fentanyl.

Gandy has been charged with carrying a handgun without a license, resisting law enforcement, possession of marijuana and dealing in a narcotic drug.

His next scheduled court date is September 11.