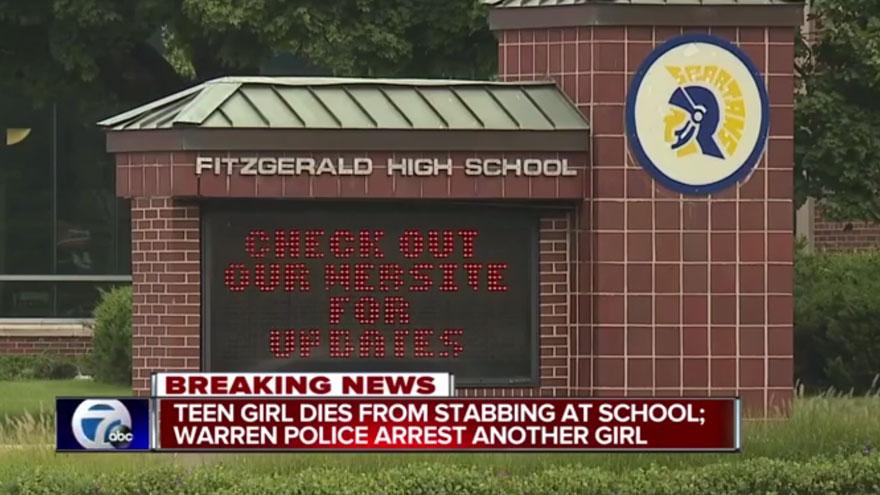 WARREN, Mich. (AP) — A 16-year-old girl died Wednesday after being stabbed twice in the chest by another teenage girl during a fight apparently over a boy at a suburban Detroit high school, police said.

"This is truly a tragedy. ... This appears to be an altercation between two students and we're investigating to determine why this occurred," Dwyer said.

Dwyer said the girls knew each other and had no history of trouble. He suggested the dispute was over a male student who is cooperating with the investigation.

The suspect was taken into custody at the scene, and Dwyer said authorities will seek a murder charge.

The victim was on the school robotics team, student council, ran cross country and played in the marching band, Dwyer said.

The school was initially placed on lockdown but students have since been released. The district said in a statement that the high school will remain closed Thursday, but that students and their parents can come during normal school hours for support and assistance from counselors, psychologists and social workers.

School officials say they are working with police and conducting an internal review that includes safety procedures.