Police identify driver killed on US31 in Marshall County 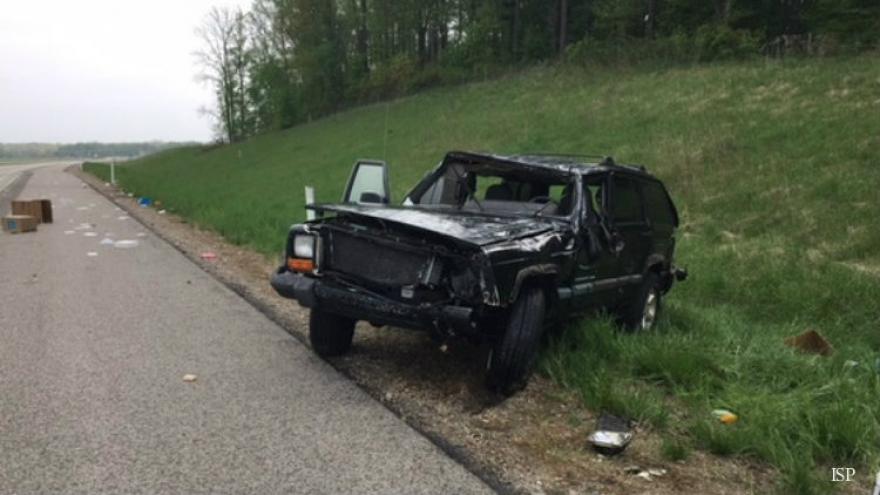 MARSHALL COUNTY, Ind. -- Indiana State Police have released the name of the driver killed in a crash on US 31 in Marshall County Sunday afternoon.

Police say a Nissan was traveling southbound when it was hit in a same-direction sideswipe by a Jeep.

After the crash, the Jeep rolled several times.

The driver of the Jeep, 54-year-old Rebecca Lee, was pronounced dead at the scene.

The occupants of the Nissan were not injured.

Police say the crash happened around 2:45 p.m. US 31 was shut down until 8:15 p.m. for the investigation, cleanup and crash reconstruction.

Alcohol and drugs are not suspected in the crash.