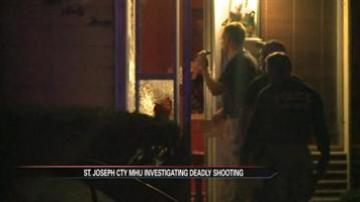 ST. JOSEPH COUNTY, Ind. -- The man killed Sunday night at a home in the 4400 block of Huron Circle has been identified as 22-year-old Francisco Javier Guzman.

Police were called to the home just before 11 p.m. for reports of a shooting.

Officers found Guzman with a gunshot wound to the chest and he was taken to Memorial Hospital.

He was pronounced dead shortly after arriving at the hospital.

An autopsy was performed and the pathologist determined the cause of death was a gunshot wound to the chest and the manner of death was homicide.