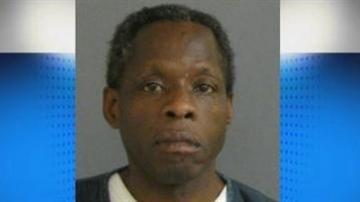 SOUTH BEND, Ind. -- One South Bend woman got quite a shock when a man she didn't know broke into her home, cooked dinner, folded laundry, and vacuumed her floors!

On Monday, police responded to a breaking and entering report at North Lance Court in South Bend.

When police arrived, they found Keith Davis sitting in a plastic chair inside the home.

Officers entered the home and arrested him.

They spoke to the tenant who said that the screen to her living room window had been cut, but all of her doors had been locked. She left the home at 3:30 p.m. and when she returned, Davis was inside her home. That's when she called the police.

Police looked around to see if anything was taken. They noted that chicken and onions that had been in the refrigerator had been placed in a pot and were being cooked. Davis also folded her laundry and left it neatly on the kitchen table. He vacuumed the floors in the living room and dining room with her sweeper.

The woman told police again that she did not know Davis.

When Davis talked to police, there were some inconsistencies in his story. He first said that he had arrived in the afternoon, but then said he woke up there that morning. He told officers that he got the keys to the house out of a closet and that a Korean woman told him where they were. He also said he lived at the home, but gave a different address (2446 Lance Court). When officers asked about the torn screen, he said he was going to pry open the window with a nail file in his pocket, but then recanted his statement. Police said they had a hard time understanding his speech and obscure tangents.

Police could not locate the address he claimed he lived at.

The woman who lives in the apartment told police that she was concerned about her safety. She said she had seen Davis in her neighborhood watching her home. She was afraid that he would come back and hurt her.

Prosecutors are asking that his bond be set at $50,000 or $5,000 corporate surety, and that a condition of the bond be that he does not have contact with the woman, her home, or anyone associated with that home.