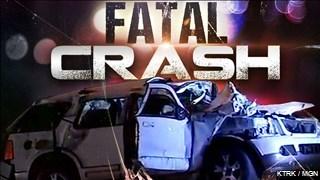 The Mishawaka Police Department is investigating a deadly crash that happened on Lincolnway East and Downey in Mishawaka early Saturday morning.

The passenger, 29-year-old Ashley Young of Mishawaka, was seriously injured.

Police have not released any other details regarding the crash.

Anyone with information regarding this crash is urged to contact the Mishawaka Police Department’s Traffic Bureau at 574-258-1678.