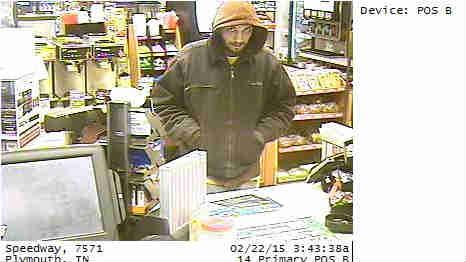 An employee at the Speedway Gas Station in Plymouth reported a robbery Sunday morning, according to the Plymouth Police Department.

The employee told police that the station, located on North Michigan Street, was robbed at approximately 3:45 a.m.

The suspect was described by the employee as a white male with a dark beard and approximately 5'9" to 6'0" tall.

Police say the suspect did not display a weapon and an undisclosed amount of money and cigarettes had been taken during the robbery.

Shortly after 11:00 a.m., police said that two suspects, one male and one female, had been arrested regarding the robbery.

Names of the suspects have not been released yet.