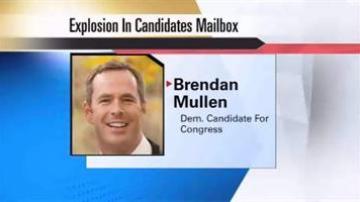 GRANGER, Ind. -- Police are investigating an explosive device that went off in the mailbox of Brendan Mullen.

Mullen is running for Indiana’s 2nd congressional seat. Mullen tells ABC57 News he hopes the bomb was not politically motivated and just a group of kids messing around.