One person dead, officer injured after shooting at a high school in Knoxville, Tennessee 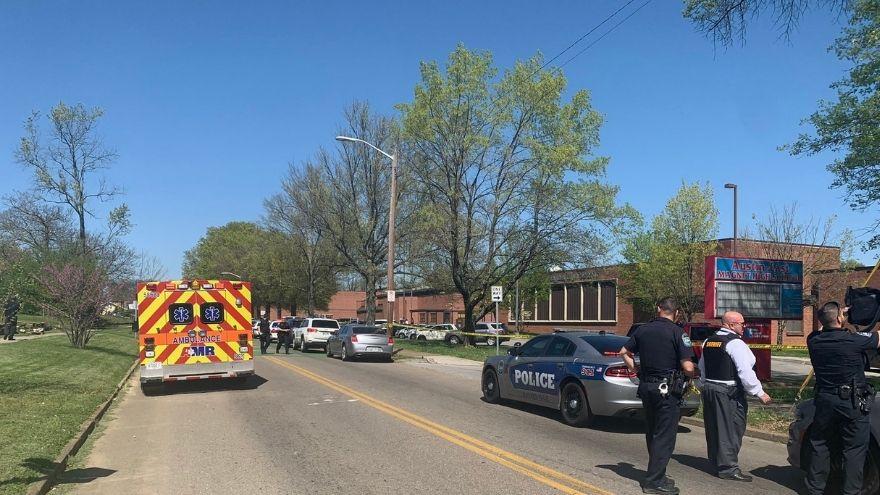 (CNN) -- One person has died and a police officer was injured after a shooting at a high school on Monday in Knoxville, Tennessee, police said in a news release.

When officers approached the person, shots were fired, police said.

A KPD officer was hit at least one time and taken to UT Medical Center with non-life threatening injuries, police said.

One person was pronounced dead at the scene, while another was detained for further investigation.

"There are no other known gunshot victims," police said in a statement.

The Tennessee Bureau of Investigation will be leading the investigation of the incident, the release said.

Following the shooting, a reunification site was set up at the baseball field behind the school, police said in a tweet.

"We are gathering information about this tragic situation and will provide additional information as soon as possible," Bob Thomas, Knox County Schools superintendent, said in a tweet. "The school building has been secured and students who were not involved in the incident have been released to their families."

Knoxville Mayor Indya Kincannon told CNN affiliate WVLT that she met with the injured officer, and thanked him for putting his life on the line for the students and staff at the school.

"He is conscious and he's in good spirits. I met with his wife, he's going to be OK," she said, adding that the officer will need to undergo surgery. "He said that he'd rather that he be hurt than anybody else."