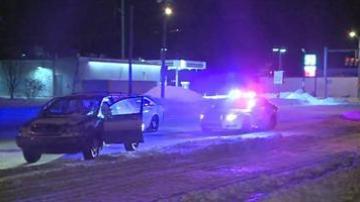 SOUTH BEND, Ind. -- South Bend police are investigating an armed robbery at the 7-Eleven convenience store on the corner of Logan Street and Jefferson Avenue.

Police got the call about the crime at 11:45 Tuesday night. Both South Bend and Mishawaka Police units responded.

South Bend Police Lieutenant Tim Lancaster says when they got to the scene, a dark-colored Lexus SUV sat abandoned less than a block away from 7-Eleven.

He says police aren't sure if the car is stolen or not.

7-Eleven employees told police that the suspect stole cash and cigarettes from the convenience store.

Officers checked the perimeter for suspects with the K-9 unit and came up with nothing Tuesday night, but made an arrest Wednesday morning.

7-Eleven closed down for a few hours overnight, but opened back up Wednesday morning around 3 a.m.