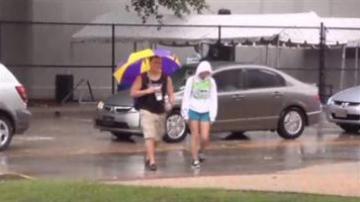 BATON ROUGE, La. -- Police at Louisiana State University have made an arrest following a bomb threat at the school earlier this week.

Students were evacuated from the Baton Rouge campus Monday. Someone called in a threat about a bomb on school grounds.

It prompted a campus-wide evacuation.

“I’m glad to report that due to good old fashioned police work, as well as technology. An arrest has been made,” said LSU Police Chief Lawrence Rabalais.

The suspect is 42-year-old William Bouvay Jr. from Baton Rouge.